Originally it was planned to make a picture book with many photos that were taken two years before sinking in the North Atlantic and during other periods. But then I remembered my notes in my daybook. My picture book now offers several reports.

There were two fascinating voyages to South America on board “Pamir” from June 1955 to May 1956. In Germany many people just like me had never or seldom tasted a luscious steak, a yellow banana or oranges, let alone have set foot on France, Italy nor even other continents. For the ships boys coming on board in Hamburg, a lot was unfamiliar and some things were very  surprising. 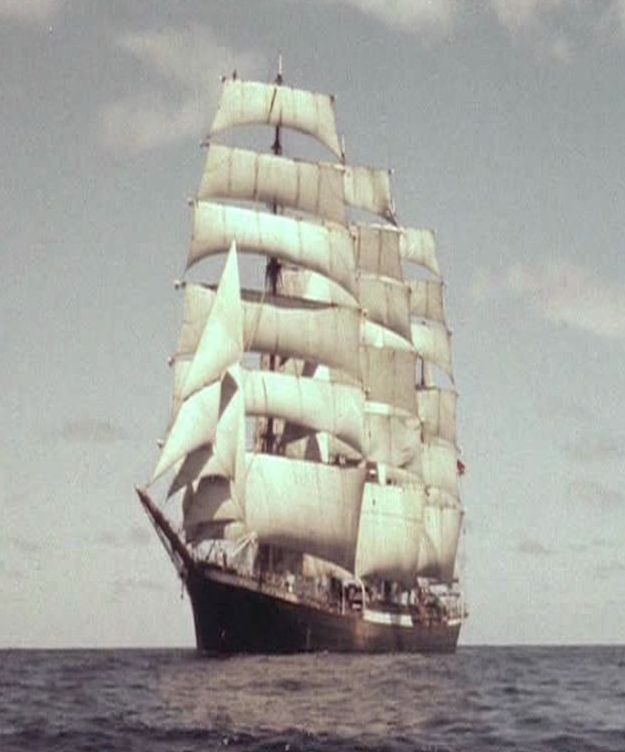 and incidents were somehow written down. Here I tried to repeat my notes as close as I could even though some of my reports seem somewhat adventurous to me today.

Deviating from my original script I omitted real names instead using aliases. Naming ranks should not be connected to certain persons. Nobody of those taking part – in heaven or on earth – should feel being treated unfair or indulgent.

These 40 reports will therefore not lose their authenticity. While the text is exclusively from me this does not apply to the photos. These somehow came together over time. The collection was improved by my “Pamir”-associates and very good friends ‘ever since’ Sigurd Stabenow and Juergen Waechtler, from their stock some are included as well as further Pamir-photos before and after 1955/56.

The selected pictures do not serve a special theme or order except for massive showing when there is enough space. Where they are presented is as I thought best. Connected with best wishes to all those readers obsessed by the sea, from the elderly ships boy,