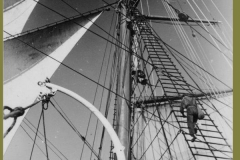 I never slept worse on board Pamir than from Wednesday night to Thursday. Man, was I excited! I had never been abroad in a foreign country. More than three years ago, setting one foot on the white line between Schleswig-Holstein, Germany and Denmark was so far not possible. And now, Brazil, a country, south of the equator, with lots of sun and palm trees.

But our arrival had been delayed. Although the machinists had started the engine before sunrise and we clewed all sails, securing the sails on the yards. However, because of the prevailing low tide progress was slow. Almost all of us were up top in the mast to lash the upper sails, by placing them firmly lashed on the yards and also to enjoy entering port in lofty height with spectacular vision.

The pilot came together with two tugs and all of us – except for 15 men, 5 each up on the foremast, mainmast and cross-mast who climbed up to the Royal yard – had to remain below deck. Unfortunately, this included me. The deck workers had to handle wires, lines, fenders, and winches. The Royal yard guests had the task to repeat the instructions of the pilot loudly and clearly, for the tugs and mooring personal ashore. We had practiced all of this. The ones up there were screaming their lyrics like a sing-song over the water, so that hundreds of spectators applauded them several times. 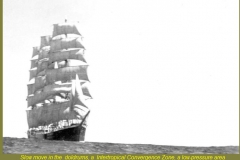 I belonged to the below deck workers and was kept busy together with four others in the wire storage room handing out lines and putting them back into storage again. We stayed out of sight of the music and applause, and only the one who stood up at the hatch saw a little of what was going on. Then it was done. The ship lay at the wharf. The 15 top ship-mates started singing the song “Foreign countries connected by ships, so the seaman sends out his heart” and all but our captain and the machinists, soulfully sang along the first three stanzas. Hot rhythms of a samba band were the response to our song. It was just great. Not only us, but also many people on the quay had tears in their eyes, which grew greater as we flocked ashore and were embraced by young and old.

Soon the samba band moved on to a shed, and we followed them. There we were greeted by the captain of the port and given a brief overview of the port city, founded in 1648. He invited us to go by railway to a region at 1000 meters altitude, 100 km from the capital of Parana State named Curitiba. This is one of the most scenic routes in South America, with 14 tunnels and 30 bridges.

The captain thanked for the warm welcome, and we paid tribute with applause – unfortunately, we were ordered: Back on board, to make the ship ready for unloading. To think about going ashore was no longer possible for me. I was really very tired. 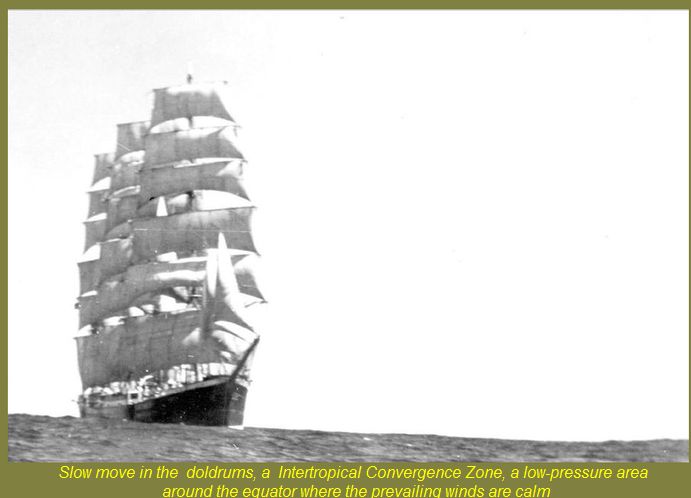